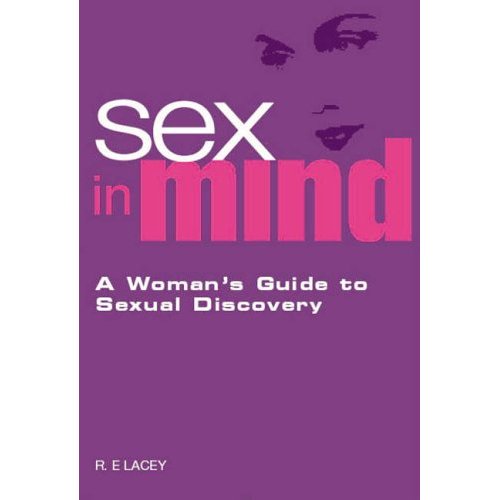 In 2003 I had the bright idea of combining a hypnotic induction with an erotic story to put the listener in the role of the hero / heroine.  I called this a ‘hypnofantasy’ and with the help of some friends I put together some demo CDs.  I sent these out to publishers and to my delight one of them was interested … on the proviso that there was a book to go with the CD (some rule about VAT being put on CDs but not books).  Writing a book was not in my plan but this sounded like a great opportunity.  One meeting later a female friend and I had a book deal!  (All we needed to do now was to write the book.)

Writing the book was a challenge for me in many ways.  I had limiting beliefs about my ability to write as I had always considered myself to be poor at English (probably due to my terrible spelling and possible undiagnosed dyslexia).  A second challenge was how difficult I found co-writing the book.  I wanted everything to be very structured and planned and felt like I was getting more work done; my friend had a much more relaxed style of writing and many more commitments in her life.  The upshot was that I ended up buying my friend out of her side of the contract and writing the book on my own.

It was a lot of work.  But I did it.  On reflection it was fairly solid (I was strongly motivated away from exposing myself to criticism) but didn’t really contain a lot of me (almost certainly for the same reason).  More of an application of other people’s ideas than a communication of my own.  Nevertheless it was a great experience to go through and one that opens my mind to the possibility of writing more books in future.

Sex in Mind was published by New Holland and is available from well stocked bookshops or online at Amazon (click the picture above).  If you have trouble finding the book contact the publisher directly on: enquiries@nhpub.co.uk.

The Independent on Sunday said:

‘The most explosive (s*xual scene) I have ever experienced without actually moving a muscle.’ Emma Gold

‘At first glance, Sex in Mind: A Woman’s Guide to Sexual Discovery looks like one of the many sex books that have been published in the wake of Sex and the City. You know the kind of thing: it comes with a bold cover design with nice, smart, modern graphics that looks as though it was written by a nice, smart, modern woman. These books are designed to appeal to a readership that wishes they were nice, smart and modern women too, especially where sex is concerned.

‘But then something caught my eye. The author is credited as R.E. Lacey on the cover, but inside on the back flyleaf all becomes clear. The R stands for Richard.

‘Now I don’t know if this is just me, but I think it’s a little bit sketchy to alter the truth of a name like Richard on the front of a book. On a novel or a textbook it would be no big deal, but on a “Woman’s Guide to Sexual Discovery” it feels a bit sneaky on the part of the publishers because the author is not a woman and probably has no idea how it feels to be a woman either.

‘And there’s more: Sex in Mind is the victim of a publicity department that hasn’t done it’s homework. They send out books willy-nilly to anyone they think will review their book and give it publicity, but my spider sense tells me that lesbians in general aren’t going to go a bundle on this one. Why? Perhaps it’s the opposing male and female symbols printed on every page, emphasising the book’s assumption that sex is a man/woman thing. And then there are the passages that talk about holding your guy’s dick in your vag (my language, not Richard’s). This will probably do it for you if you like that kind of thing but, strangely enough, a lot of lesbians do not.

‘But look, I’m an open-minded kind of gal and I’ll review anything that comes my way (I’ll probably regret saying that) so I’ve given Sex in Mind a go.

‘Basically it’s a vaguely new age-y book introducing the principles of tantric sex. These include chapters on relaxation, finding out what it is that you want from sex, connecting with partners, and learning communication skills. It’s written in a clear, no-nonsense way that’s accessible and lacking in the hippy excess often associated with eastern philosophies. Despite the awful male/female graphics, Sex in Mind is fairly gender neutral when referring to partnered sex, which makes it (mostly) relevant to lesbians. Even though he’s – eek! – a man, Lacey is a sympathetic guide, no thanks to the mess his publishers have made of his work, and his book is open, informative and never tacky. I ended up liking it a lot and I think it would be a useful addition to any sex library.

‘What’s more, Sex in Mind comes with a “HypnoFantasy” CD that includes a guided relaxation and a fantasy thingummybob session. The talk of chakras and flowers blossoming in “the space between your sex and your anus” might be a little off-putting for those more cynical than I, but it’s heart is in the right place. Who knows, at the right moment it could be exactly what you fancy.

‘Don’t worry, this book is not going to turn you into Sting but give it a chance, you never know, you might like it.’  Charlotte Cooper