The following people have been significant influences on the development of my worldview and style of working: 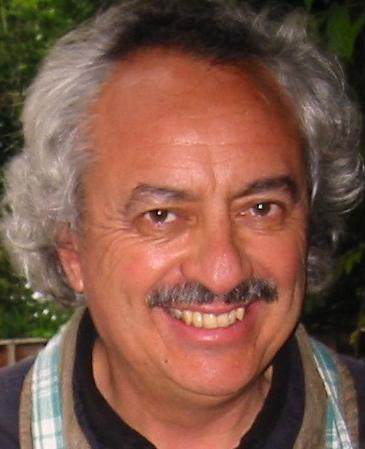 Until his untimely death in 2008 David conducted training seminars for therapists in the USA, UK, France and in his country of origin New Zealand.  In 1989 he co-authored with B.I. Panzer, Resolving Traumatic Memories: Metaphors and Symbols in Psychotherapy.  Between 1987 and 1992 David published a number of training workbooks including 35 audio and 6 video tapes (which are all currently out of print).

David is the developer of Clean Language … a way of asking questions that minimises the extent of psychic pollution from the therapist’s assumptions and prejudices.  He is also know for the development of Clean Space and, latterly for his research into emergence.

I am delighted to have known David while he was alive.  I attended a training run by him on ‘ABC space’, worked with him as part of a group brainstorming ideas around emergence (including building a big white tent in the garden utilising stocking suspenders!), attended one of his first presentations on ‘the power of 6’ and the theory of emergent knowledge, and attended a workshop run by Steve Saunders and him exploring the therapeutic effects of spacial manipulation in a ‘whirligig’. 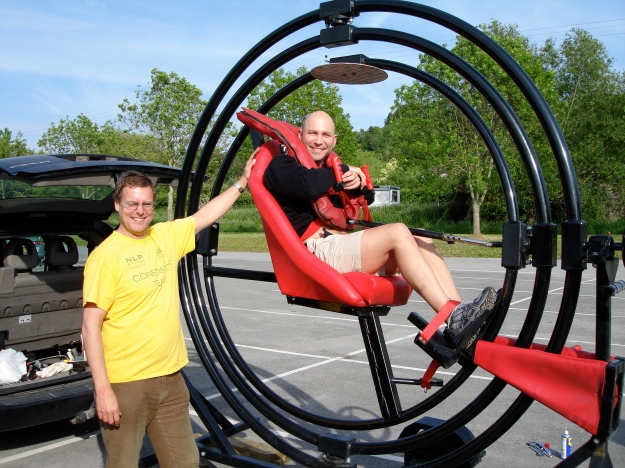 Steve is the founder of ‘Holigral’ a fusion of the words holistic and integral.  The methodology has been developed on 20-plus years worth of systems engineering innovation in the engineering research and development industry.

Steve’s book ‘Mind Tricks’ is available from Amazon or the publisher (Wooden Books).  Steve continues to innovate, currently re-designing the nature of group work and addressing the psychology of innovation.  Responsible for the 4th-6th Generations of NLP, Kinaesthetic Gesture Field NLP, and Direct Engagement Modelling (a project I collaborated with him on) – all new forms of facilitating.

I met Steve on a Clean Language course run by James Lawley and Penny Tompkins.  We became friends when I attended a course run by him called ‘Accelerated Enlightenment’.  Since then I have assisted him on his NLP trainings and conferences, and been trained by him in ‘Emergent NLP’ (my second NLP Master Practitioner certification). 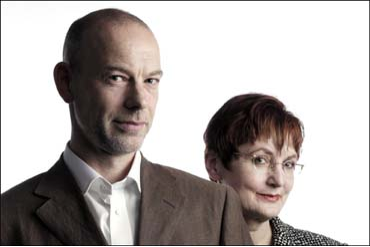 Penny Tompkins and James Lawley run The Developing Company, are co-developers of Symbolic Modelling (based on the work of David Grove) and leading authorities on the use of self-originated metaphor for personal and professional development.  Their book, Metaphors in Mind is a comprehensive guide to their approach.  Their aim is to facilitate people to see the repeating patterns in their lives, to recognize how these patterns can change, and to trust in the subsequent unfolding of their spirit.

I did my initial training in Clean Language with Penny and James.  Since then I have trained with them at various NLP related workshops and trainings.  They are trusted colleagues who I occasionally approach for advice and supervision.

Eileen was one of the first people to popularise NLP in the UK and Europe when she co-founded the UK Training Centre for NLP.  She worked in private practice as a UKCP registered psychotherapist and developed an approach to psycho-spiritual reintegration that has been described as “beyond NLP”.

Working with many different presenting problems, emotional, mental, physical and behavioural, she held the wonder as to whether there was an underlying pattern to dis-ease and illness and also to health.   Correlating the stories across 2000 different maps, belief systems, cultures, ages and sets of experience, she noticed an unfolding territory, which was universal. Invariably when moving beyond the programs to the inner structures, people would, with inner eyes see an array of landscapes, colours and forms and when sense/seeing at depth, they would find energy and ultimately white light.

I have attended an introductory workshop taught by Eileen and have experienced therapy with Eileen and her partner Clive first hand.  Their book “The Missing Peace” has been a major source of inspiration for my own approach to psycho-spiritual reintegration.

Michael was an author, a lecturer, a hit song writer, and public speaker.  In October 2008 he was made a life-long Honorary Fellow of the Association of Professional Hypnosis and psychotherapy.

Michael enjoyed mixing and melding different models and theories e.g. the Enneagram, NLP, Hypnotherapy, TA, EFT, Reversal Theory, ACIM, Attachment Theory, Co-counselling, and re-presenting them in ways that have meaning and impact and, most importantly, for him, are of practical use in the real world outside the rarefied atmosphere of the training room or supervision session. He appreciated and used models or theories, such as those listed above, for what they can contribute toward making sense of the nonsensical things we’re all capable of saying and doing.

Much of what Michael currently believed about our incredible ability to bounce back from terrible, traumatic experiences, he learnt during the eight years or so that he ran an adolescent therapeutic unit in North London.

For many years until his death in 2018 Michael was my professional supervisor.

Juliet specialises in relationship and sexual problems of all kinds.   If you like it’s marriage guidance counselling, but you don’t need to be married, or need to be straight, to benefit.  She works with both individuals, and couples.  Her approach combines the Behavioural Systems method, which was devised at the Maudsley Hospital, with techniques from Neuro-Linguistic Programming (NLP), and the Pesso-Boyden System Psychomotor (PBSP).

I have attended a number of courses on couple therapy run by Juliet and occasionally consult her for relationship related supervision.

Hedy Schleifer specialises in couple therapy.  She is a Licensed Mental Health Counselor in Florida, licensed as a clinical psychologist in Israel, and the director of Schleifer & Associates: Relationship Builders, in Miami, Florida.

Trained in both the United States and Israel, Hedy is a Certified Imago Therapist, and for 12 years trained and certified numerous Imago Therapists and Workshop Presenters. She is a Diplomate of the American Psychotherapy Association, a member of the Israel Association for Marital & Family Therapy; Florida Society for Psychotherapists; the Florida and National chapters of the Mental Health Counselors Association, and also an affiliate member of the Florida and National chapters of the Association for Marriage and Family Therapy.

I have studied with Hedy and some of her students.  Her approach to creating connection, bringing exquisite attention to each other, and dissolving rather than resolving issues has significantly influenced the way I work with couples.

I have not met the following people personally – only through their work.

Ken Wilber was born on January 31, 1949 in Oklahoma City, Oklahoma. In 1967, he enrolled as a pre-med student at Duke University, and was almost immediately disillusioned with what science had to offer. He became inspired, like many of his generation, by Eastern literature, particularly the Tao Te Ching. He left Duke, enrolled in the University of Nebraska at Omaha, and completed a bachelor’s degree in chemistry and biology.

In 1973, Wilber completed his first book, The Spectrum of Consciousness, in which he sought to integrate knowledge from disparate fields. After rejections by more than twenty publishers it was finally accepted in 1977 by Quest Books, and he spent a year giving lectures and workshops before going back to writing. He also helped to launch the journal ReVision in 1978.

In 1982, New Science Library published his anthology The Holographic Paradigm and other Paradoxes[4] a collection of essays and interviews, including one by David Bohm. The essays, including one of his own, looked at how the model of Holography and the Holographic paradigm relate to the fields of consciousness, mysticism and science.

In 1983, Wilber married Terry (Treya) Killam who was shortly thereafter diagnosed with breast cancer. From the fall of 1984 until 1987, Wilber gave up most of his writing to care for her. Treya died in January 1989; their joint experience was recorded in the 1991 book Grace and Grit.

Subsequently, Wilber wrote Sex, Ecology, Spirituality (SES), (1995), the first volume of his Kosmos Trilogy. A Brief History of Everything (1996) was the popularised summary of SES in interview format. The Eye of Spirit (1997) was a compilation of articles he had written for the journal ReVision on the relationship between science and religion. Throughout 1997, he had kept journals of his personal experiences, which were published in 1999 as One Taste, a term for unitary consciousness. Over the next two years his publisher, Shambhala Publications, released eight re-edited volumes of his Collected Works. In 1999, he finished Integral Psychology and wrote A Theory of Everything (2000). In A Theory of Everything Wilber attempts to bridge business, politics, science and spirituality and show how they integrate with theories of developmental psychology, such as Spiral Dynamics. His book, Boomeritis (2002), is a novel which attempts to expose what he perceives as the egotism of a generation born between 1945 and 1964, collectively known as the “Baby Boom Generation”, “Baby Boomers” or “Boomers” for the booming number of births that took place during those years.

From 1987, Wilber lived in Boulder, Colorado, where he worked on his Kosmos trilogy and oversaw the work of the Integral Institute. Wilber now lives in Denver, Colorado.

Eckhart Tolle Spiritual Teacher and Author was born in Germany and educated at the Universities of London and Cambridge. At the age of twenty-nine a profound inner transformation radically changed the course of his life. The next few years were devoted to understanding, integrating and deepening that transformation, which marked the beginning of an intense inward journey. Later, he began to work in London with individuals and small groups as a counselor and spiritual teacher. Since 1995 he has lived in Vancouver, Canada.

Eckhart Tolle is the author of the #1 New York Times bestseller The Power of Now (translated into 33 languages) and the highly acclaimed follow-up A New Earth, which are widely regarded as two of the most influential spiritual books of our time.

Eckhart’s profound yet simple teachings have already helped countless people throughout the world find inner peace and greater fulfillment in their lives. At the core of the teachings lies the transformation of consciousness, a spiritual awakening that he sees as the next step in human evolution. An essential aspect of this awakening consists in transcending our ego-based state of consciousness. This is a prerequisite not only for personal happiness but also for the ending of violent conflict endemic on our planet.

Jordan Bernt Peterson is a Canadian clinical psychologist. His main areas of study are abnormal, social, and personality psychology, with a particular interest in the psychology of religious and ideological belief, and the assessment and improvement of personality and performance.

Peterson criticises political correctness and gained significant media coverage when he publicly stood up to the Canadian governments’s laws on enforced speech.  A second boost to his visibility was when he was interviewed for channel 4 by Cathy Newman.

I admire his courage and have enjoyed watching his fascinating YouTube lecture series Maps of Meaning: The Architecture of Belif.  Parts of his new book 12 Rules for Life: An Antidote to Chaos brought me to tears.

If you’ve been looking for an NLP psychotherapist in London and have found this page useful please help others find it by pressing the G+1 button below.